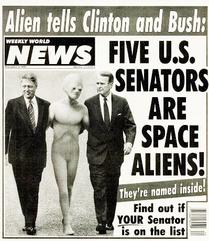 If a group or person doesn’t even wear the name of Christ front and center, why would I trust them with anything else concerning my eternal welfare? Something so dear to Christ that he bought and paid for with His blood ought to be worth at least that much.

​So, let's think about this for a moment and really a moment is all it should take for anyone who is truly interested in doing what the Lord wants versus something nothing more than being self-serving.

A member of some religious group claiming to be Christian that hadn’t even come into existence yet? Honestly now.

Who founded the group you are/were with?

What year or century was it founded?

Whose or what name is front and center?

What or whose name do you wear?

And how do you become a Christian? 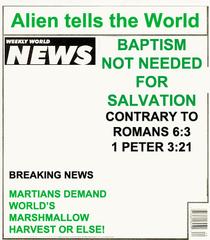 If one could send a postcard from heaven: ‘No tears, no more death or crying or mourning or pain. The old order of things have passed away’ (Revelation 21:4) Wish you were here!

IT REALLY DOESN'T MATTER WHAT CHURCH YOU GO TO!

Did Paul haul baggage with him that he just couldn’t let go of, when he went over to Christ?

Did he allow family, friends, associates, enemies, possessions, position, power, career, status or his own desires to hold him back?

Did Paul retreat from the dangers of his present day to keep him from accepting Christ?

Did he let anxieties and uncertainties about the future stop him from taking the next step forward?

Philippians 3:7-14. Regarding priorities we would all do well to study this one out periodically.

WOW, THAT WAS PRETTY HARSH!

Yet, that is what He said. Well, He did say, “I will tell them plainly…” It is what it is.

I know that those of you who wear ‘other’ names, yet profess Christ, do not consider yourselves ‘evildoers’. So, it bears repeating what Jesus said. “Why do you call me Lord, Lord and do not do the things that I say?”

Are you honestly able to answer that? The well-being of your soul and maybe those of others depend on it.

THE NAME YOU WEAR

YOU BEEN SUBSCRIBING TO RELIGIOUS FAKE NEWS?

Ultimately, if you subscribe to ‘fake news’ it must concluded that no matter what Jesus says, you can and will do whatever you want and I re-emphasize, regardless!

Then again, "Not everyone who says to me, 'Lord, Lord,' will enter the kingdom of heaven, but only he who does the will of my Father who is in heaven. Many will say to me on that day, 'Lord, Lord, did we not prophesy in your name, and in your name drive out demons and perform many miracles?' Then I will tell them plainly, 'I never knew you. Away from me, you evildoers!' Matthew 7:21-23 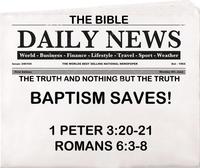 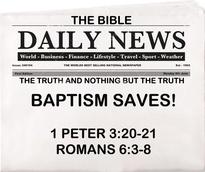 "Salvation is found in no one else, for there is no other name under heaven given to men by which we must be saved." Acts 4:12

Therefore God exalted him to the highest place and gave him the name that is above every name, that at the name of Jesus every knee should bow, in heaven and on earth and under the earth, and every tongue confess that Jesus Christ is Lord, to the glory of God the Father. Philippians  2:9-11

​Seriously, does it get any clearer than that? Yet, you have so many groups claiming to be Christian while the name they wear or put on their building is not the 'Christ' of Acts 4:12 or Philippians 2:9-11. Instead they go by the name of some human founder. Go figure!  If God thinks and says it matters, shouldn't we?

Through His Word and His faithful I’ll learn how to fold my own parachute thanks! Doesn’t make much sense to get someone to do it who doesn’t know what a parachute is or won’t follow proper earthly instructions. Definitely not going there with heavenly ones.

Not jumping to conclusions, either way there’s too much at stake!

IF THE CHURCH YOU'RE IN DOESN'T MATTER..

Fake news can look so real. In mint condition the counterfeit almost mirrors the genuine. That’s no accident. In John 7:17 you have a promise from Jesus. Unfortunately, most people’s will, is not to take the time or make the effort necessary to take advantage of this guarantee. Generally the masses simply don’t care enough for many reasons. Though an investment in one’s own spiritual prosperity, how many give their own eternity the time of day? Will you take the time to look up John 7:17?

Ignorance is not bliss! Acts 17:26-31 esp. vs 30. Jesus asked these questions. As it relates to you, can you answer them?  “For what profit is it to a man if he gains the whole world, and loses his own soul? Or what will a man give in exchange for his soul?” Mark 16:26.

Further He says in the next verse, “For the Son of Man will come in the glory of His Father with His angels, and then He will reward each according to his works”.

What would you give for your soul? The ‘world’ isn’t priceless, but each soul in it, is. The irony- 99% of those losing their souls do so for far less than ‘the whole world’.

Why did Jesus only build one church– That being His? Matthew 16:18 Anything else, someone else built.

You believe that demons will be saved? James 2:19

Why did Peter reply as he did in Acts 2:38 to those ‘believers’ who asked “Brethren what must we do?”

DON'T BELIEVE EVERYTHING YOU READ!

You must conclude you can be saved without forgiveness of sins. Acts 2:38

You must conclude you can be saved without being added to Christ’s church. Acts 2:47

IF THE NAME DOESN’T MATTER...

WISH YOU WERE HERE…