My deepest sympathies and condolences, Nancy, Sean and Erin (and family). The Lord bless you, strengthen you and keep you all. Love you guys! Going to miss you, Mr. T! A great man with a great sense of humor. He was generous, kind, caring and helped when someone was in need (just like his family). Most importantly; a faithful man of God. Gone, but not forgotten! Love you!

To the family- Nancy, Sean, Erin- we can all celebrate that Fred has gone to a far, far better place, the best in fact. "In My Father's house are many mansions; if it were not so, I would have told you. I go to prepare a place for you. 3 And if I go and prepare a place for you, I will come again and receive you to Myself; that where I am, there you may be also". John 14:2-3

To anyone who reads this- "Eye has not seen, nor ear heard, Nor have entered into the heart of man The things which God has prepared for those who love Him." 1 Corinthians 2:9

See you not just sometime, but in good time.

Although Fred Toohey and his family are /were not 'members' of this congregation one thing is for sure.  We are all members of the family of God  the Father of Whom there is no other, through Christ, the Way, the Truth and the Life, through Whom all things were made, in Whom we exist and have our being, Author and  Perfecter of our faith by the power of the Holy Spirit, the Spirit of Life, Truth and  Creation.

Fred and his family have touched the lives of all of  our family and especially our boys Jonathan, Joel and Jeremy. While two in particular, Jonathan and Joel attended Great Lakes the Toohey's generously opened their hearts and their doors so the boys might have more than a place to stay- but a family to be with. I'm sure they all had their moments :) On behalf of  the Bojarski's, Fred, Nancy, Sean, Erin- thank you more than words can express. Forever grateful- may the Lord continue to bless you all and us as well as we find our own ways and means to pass it on. 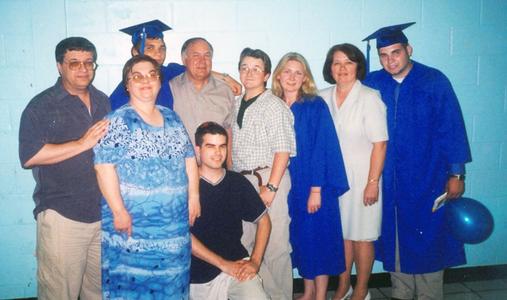 On Monday September 9th, 2019, our loving husband, father, and friend Fred Toohey passed away at the age of 71.

Fred was born January 9th, 1948 in Hamilton, ON to George and Phyllis (Wood) Toohey.  He wore many hats during his life: Mechanic and Chemical Engineer amongst them, and most of them revolving around the car industry.  On July 24th, 1970, he married Nancy Ellen Cox.  They raised a son, Sean, and a daughter, Erin.

Fred was very passionate about cars.  He worked on them throughout his life.  First as a job, then as a hobby and a way of service to others.  He used his love of working on cars to help those in the church constantly.  He has owned an inordinate amount of cars throughout his life, and has an extensive collection of die-cast model and remote control cars, boats, and planes.  Even as he was in a wheelchair later in life, he spent time working on fixing up a remote control boat that his brother Jack bought for him to work on.

Fred was very warm and welcoming, and quick to crack a joke.  If you needed a Dad Joke to fill the void in a conversation, or lighten the mood, Fred was your man.  At the same time Fred was a man of conviction.  Fred always made sure you knew where he stood on a topic or issue.

Fred was preceded in death by his father, George, and his mother Phyllis.  He is survived by his wife Nancy, his two children, Sean (Stacey) and Erin (Anthony), his brothers Phillip and Jack, his sister Dawn, and his 3 grandsons Jase, Tate, and Benjamin.

A Celebration of Life will be held at 2pm on Saturday, September 21st, 2019, at the Stoney Creek Church of Christ at 105 King Street East, in Stoney Creek.  In lieu of flowers, the family has asked for donations to the Pancreatic Cancer Canada 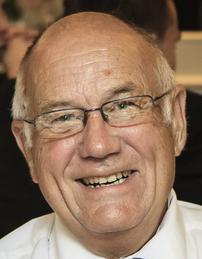 One of Sean's favourite pics of all time 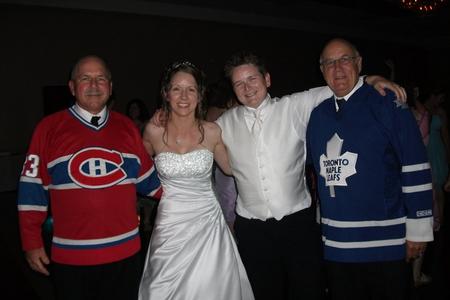