Love the lord your God with all your heart, soul, mind and strength

But what things were gain to me, these I have counted loss for Christ. Yet indeed I also count all things loss for the excellence of the knowledge of Christ Jesus my Lord, for whom I have suffered the loss of all things, and count them as rubbish, that I may gain Christ, Philippians 3:7-8

A LOT EASIER THAN FINISHING THEM…

"Suppose one of you wants to build a tower. Will he not first sit down and estimate the cost to see if he has enough money to complete it? For if he lays the foundation and is not able to finish it, everyone who sees it will ridicule him, saying, 'This fellow began to build and was not able to finish.' Luke 14:28-30

you can either create your own list and hope for the best and likely not get it done!

"I will praise You, for I am fearfully and wonderfully made; marvelous are Your works, and that my soul knows very well".

While I’ve heard Psalms 139:14 referred to, I don’t recall anyone mentioning that the Psalmist was talking about the whole of man, not just the physical side of humanity.

Certainly, it has great relevance to our humanity. Still, though destined for dust, consider how wonderfully designed the mortal body is/was, until we messed it up. How spectacular then is our everlasting God-breathed spirit and our eternal soul? In other words, our 'spritual body'. With deference to how God ‘made us, Genesis 1:27 clearly dispels any argument some might make to the contrary and the fact that, inasmuch as God (Elohim- plural for God) is spirit, the creation of us in His image refers specifically to our spiritual 'being' while our physical 'being' is evidenced in Genesis 2.

Also significant: it was not until God, who is spirit, breathed into man’s nostrils the breath of life that man, formed from the ground upon which he would walk, became a living being. Otherwise Adam was but a clump of re-shaped dirt. While not as spectacular, still remarkable as the 'ground' had to come from somewhere or something or someone. I do not believe that something comes from nothing as there's not a shred of evidence nevermind a bit of 'common sense' to support such a fallacy. Did someone say mannequin? Would it be more politically correct to say 'manne-whatever their made out of'? By the way, not even a mannequin 'just happens' by chance. As unremarkable as it is compared to the human body you don't hear anybody running around arguing the artificial lump as lifeless as it is- transitioned through millions of years of evolution to become what it is. Oh, did someone just ask, 'where did the material to even make it come from'?

Truth is we carry all the evidence needed to indisputably prove creation right in the bodies we live in. We search the ends of the universe looking for the very evidence present in the very bodies we live with every day, every step of the way. We don't even have to go to the moon for that! We would and maybe will travel the ends of the world and beyond to discover our 'origins', all the while 'being' the evidence we need, carrying it all under our very noses 'so to speak'.  Just saying...

I will praise You, for I am fearfully and wonderfully made; marvelous are Your works, and that my soul knows very well. My frame was not hidden from You, when I was made in secret, and skillfully wrought in the lowest parts of the earth. Your eyes saw my substance, being yet unformed. And in Your book they all were written, the days fashioned for me, when as yet there were none of them. How precious also are Your thoughts to me, O God! How great is the sum of them!  If I should count them, they would be more in number than the sand; When I awake, I am  still with You… Search me, O God, and know my heart; try me, and know my anxieties; and see if there is any wicked way in me, and lead me in the way everlasting.                                              Psalms 139:14-18;23-24

Many people make the mistake of ‘biting off’ more than they can chew and end up choking on the very items meant to make lives better.

Another point: when you set yourself up for failure your going to get increasingly frustrated the more you realize ‘it’s not going to happen’.

Please understand that this impacts not only yourself but others around you. The more helpless you feel about turning the ship around and how to do it, those around you feel both your pain, your disappointment and yes your ‘wrath of failure’ be it the mood swings, lack of patience or whatever which way you are prone to lash out.

They too will feel somewhat helpless knowing they cannot walk your path for you and often not even with you.

As will often be experienced– most people choose not to listen to the advice needed but emotionally and stubbornly also are not inclined to lend an ear or reboot the mindset to listening mode when it is needed.

For those giving advice with good intentions it is central to understand on your part that such advice may be important but not necessarily urgent. So, maybe back off a bit and give time and space. It’s not all about you, is it.

Life’s experiences, successes and/or failures prepare the heart. If you harness your mind to plow for it, knowledge fertilizes intelligence and wisdom cultivates the intellect.  A terrible thing to let the mind lie fallow. God’s grace connects and weaves them all into a ‘fearfully and wonderfully made’ fabric of body, spirit and soul. One day in accordance with the natural order, it all comes undone, unravels as it were but God does not lave us threadbare. Revelation 7:9

Luke 9:59-62; Then He said to another, "Follow Me." But he said, "Lord, let me first go and bury my father." Jesus said to him, "Let the dead bury their own dead, but you go and preach the kingdom of God." And another also said, "Lord, I will follow You, but let me first go and bid them farewell who are at my house." But Jesus said to him, "No one, having put his hand to the plow, and looking back, is fit for the kingdom of God."

Matthew 19:21-22; Jesus answered, "If you want to be perfect, go, sell your possessions and give to the poor, and you will have treasure in heaven. Then come, follow me." When the young man heard this, he went away sad, because he had great wealth.

There is no other commandment greater than these.

for those of you who think you can’t ‘cut it’.

THINK IT THROUGH... THAT YOU MIGHT SEE IT THROUGH!

THINGS TO WORK ON IN THE NEW YEAR: BE RESOLVED...

You shall love your neighbor

A LOT HARDER THAN STARTING THEM…

WHEN LOVING LESS IS LOVING MORE...

you can abide by God’s list and get the best of hope and with His help get it done! 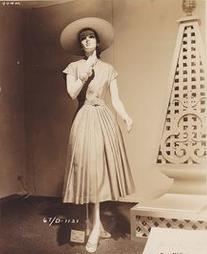 Making resolutions is largely about setting priorities, time and asset management and the will to see them through; about responsibility and accountability; taking ownership and perhaps more than anything-being a doer vs waiting for someone else to ‘do it’. One learns to lead from the foot of the table, serving versus waiting to be served. Let’s also mention the humility that embodies counting others more worthy than oneself. It is these and more which give substance, meaning and life to resolutions. The Father, the Son and the Holy Spirit  are thus resolved. Empathy: Embodiment: Empowerment– need we look any further?

IF THIS MANNEQUIN COULD TALK...

NO COMPUTER CAN MATCH YOUR BRAIN... REBOOT YOUR MINDSET!

MAKE NO MISTAKE... SOME TOUGH DECISIONS MUST BE MADE!