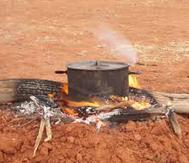 WHAT IF PEOPLE DECIDED TO TRULY LEARN AND LIVE GOD’S WAYS?

WHO BOWS DOWN TO A BLOCK OF WOOD BUT A ’BLOCKHEAD’?

God is not politically correct. He needs no one's vote; needs not affirmative action. He is neither democratic, capitalist nor any ‘ism’. He lives not by ‘majority or minority’ rule. He is not subject to any court, Supreme or otherwise. His is the ultimate Court of Justice. God is Love. He is Truth. He is Light. He is subject to no protocol save His own. He bows down to no one. The universe bows to Him. He is God of your soul and every breath that you take. Do what you will, you will stand before His throne and give account, like it or not, want to or not. ​His Will is the New Testament. There is no other. Is your name in the Book of Life?

Jesus answered, ‘If you want to be perfect, go, sell your possessions and give to the poor, and you will have treasure in heaven’  come, follow me." Matthew 19:21 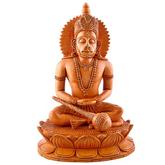 Is there any God besides me? No, there is no other Rock; I know not one.

Who shapes a god and casts an idol, which can profit him nothing?

What if people decided to be the best of God’s creation instead of the worst? Even animals don’t act like the worst people.

If I am delayed, you will know how people ought to conduct themselves in God's household, which is the church of the living God, the pillar and foundation of the truth. 1 Timothy 3:15

The children of Israel were sternly warned not to learn the ways of other nations when entering the promised land.

Today in the year 2015, though recognizing we are truly not a Christian nation, what we are doing, is and will have, equally serious consequences.

Society is not only diluting the principles of an already watered down Christian based society, it is further polluting and poisoning the very well, from which it drinks.

As Christians we draw from a different well.

After all the math, NASA can only confidently say, that there are zillions of uncountable stars. A zillion is any ‘uncountable’ amount.

An Australian National University study put their estimate at 70 sextillion. Put another way, that's 70,000 million million million. This figure is at best a guess, however.

The single largest galaxy (IC-1101) ever found in the observable universe is located almost a billion light-years away. Just how large is it?  This galaxy extends about 4 million light years in diameter and it has a mass of about 100-trillion stars. To give you some idea of what this means, the Milky Way is just 100,000 light-years in diameter, and IC 1101 is 2000x as massive.

Even a dwarf galaxy is 1.17 quadrillion miles across at 200 light years. The earth’s diameter is less than 8 thousand miles across.

What if the only fence/wall between you and your neighbour was made of love? Imagine a world without human borders!

What if people decided to share with the living while we live. You can’t take it with you. Ever see a hearse pulling a U-Haul? ‘Into the world with nothing… 1 Tim 6:7

The so-called Islamic State (IS) says it was behind a bomb attack that killed at least 16 people in Syria...

He chose to give us birth through the word of truth, that we might be a kind of first-fruits of all he created.James 1:18

What if people were dedicated to serving the one true God of love, not the god of this world, god of hate?

A recent German supercomputer simulation puts the number of galaxies in the known universe at 500 billion. In other words, there could be a galaxy out there for every star in the Milky Way. The Milky Way is ‘puny’ compared to most galaxies. Some are 1.5 million light years in diameter like galaxy m-87.

Some estimates say there are roughly 4,200 religions in the world. With one exception the devil created them all.

IF YOU CAN MAKE THE GOD THEN WHAT KIND OF GOD IS IT, REALLY?

There are 150 border disputes in the world. with 22% of the world's undiscovered and recoverable resources possibly in the arctic,  likely more on the way.

They know nothing, they understand nothing; their eyes are plastered over so they cannot see, and their minds closed so they cannot understand. No one stops to think, no one has the knowledge or understanding to say, "Half of it I used for fuel; I even baked bread over its coals, I roasted meat and I ate. Shall I make a detestable thing from what is left? Shall I bow down to a block of wood? He feeds on ashes, a deluded heart misleads him; he cannot save himself, or say, "Is not this thing in my right hand a lie?"

'Love your neighbor as yourself. All the Law and the Prophets hang on these two commandments’ Matthew 22:40

HE DETERMINES THE NUMBER OF THE STARS AND CALLS THEM EACH BY NAME PSALMS 147:4

I SAY: MY PURPOSE WILL STAND AND I WILL DO ALL THAT I PLEASE

It is man's fuel for burning; some of it he takes and warms himself, he kindles a fire and bakes bread. But he also fashions a god and worships it; he makes an idol and bows down to it. Isaiah 44:15

Half of the wood he burns in the fire; over it he prepares his meal.

He roasts his meat and eats his fill.

He also warms himself and says, "Ah! I am warm; I see the fire."

From the rest he makes a god, his idol; he bows down to it and worships.

Our star, the Sun, is so dense that it accounts for 99% of our entire solar system. It fuses some 600 million tons of hydrogen to helium every second. As a result it also converts about 4 million tons of matter to energy every single second.

Being the type of star that the Sun is, it also means that when it dies, it will become a red giant and envelop the earth and everything on it. But don't worry. That won't happen for another 5 billion years. Editor’s note: Says who?

I praise you because I am fearfully and wonderfully made; your works are wonderful, I know that full well. Ps 139:14

When I consider your heavens, the work of your fingers, the moon and the stars, which you have set in place, what is man that you are mindful of him, the son of man that you care for him? Ps 8:3-4;

The heavens declare the glory of God; the skies proclaim the work of his hands. Ps 19:1

Of what value is an idol, since a man has carved it? Or an image that teaches lies?

For he who makes it trusts in his own creation; he makes idols that cannot speak. Woe to him who says to wood, 'Come to life!' Or to lifeless stone, 'Wake up!' Can it give guidance? It is covered with gold and silver; there is no breath in it. But the Lord  is in his holy temple; let all the earth be silent before him." Habakkuk 2:18-20

Knowing God is the shortcut to knowing your universe. There are no shortcuts to knowing God. See John 14:6-7 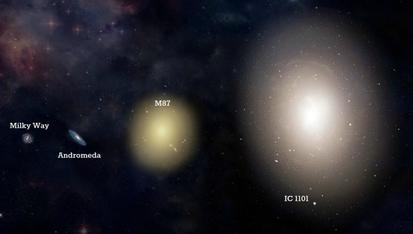